Informational Notice:  Teams intending to register for the New York Club Soccer League (NYCSL)  should please use the NYCSL Fall 2021 – Spring 2022 registration platform (nyclubsoccerleague.com). Team registrations will then be transitioned to EDP Soccer so that teams can be appropriately placed in the newly expanded National League North Atlantic Conference, which is managed by EDP Soccer. In future seasons, teams will register directly with EDP Soccer for the National League North Atlantic Conference.

The US Youth Soccer Conferences Managed by EDP Soccer 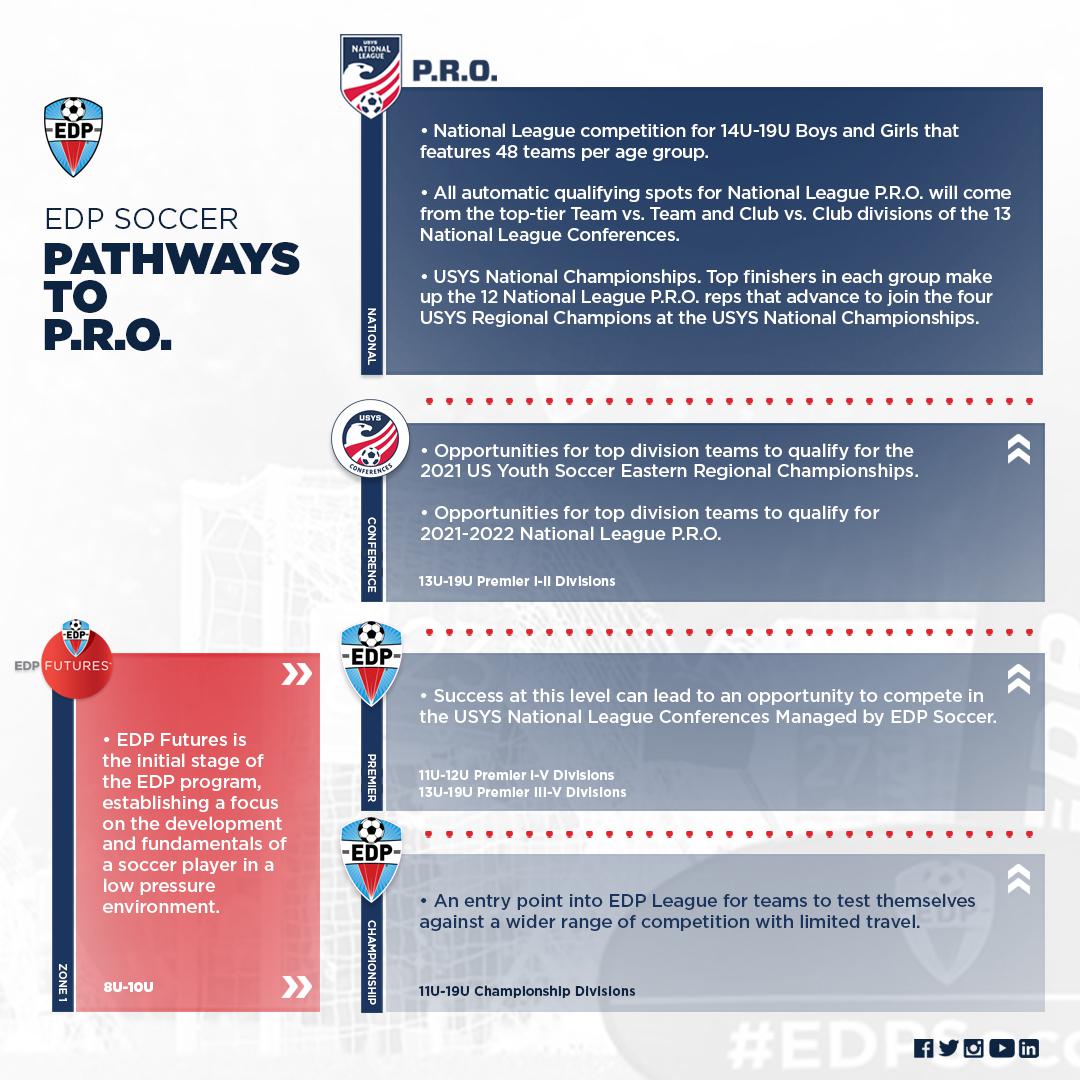 National League P.R.O. is a national league competition for 14U-19U Boys and Girls that features 48 teams per age group. Within each age group, teams are placed into six groups of eight, with each side competing in seven games over the course of the season. Teams will attend two of three national events, where they will each play three games per event. For the 2021-2022 season, the first national event is expected to take place around early December and feature all teams. Half of the teams will attend the second event around early February, and the remaining half of the teams will attend the third event around mid March. The 14U age group will have differing dates for its national events. An announcement with exciting details on specific dates and locations will be coming soon. To round out the seven-game season, teams will play one local game against a National League Conference opponent or a local cross-Conference opponent. 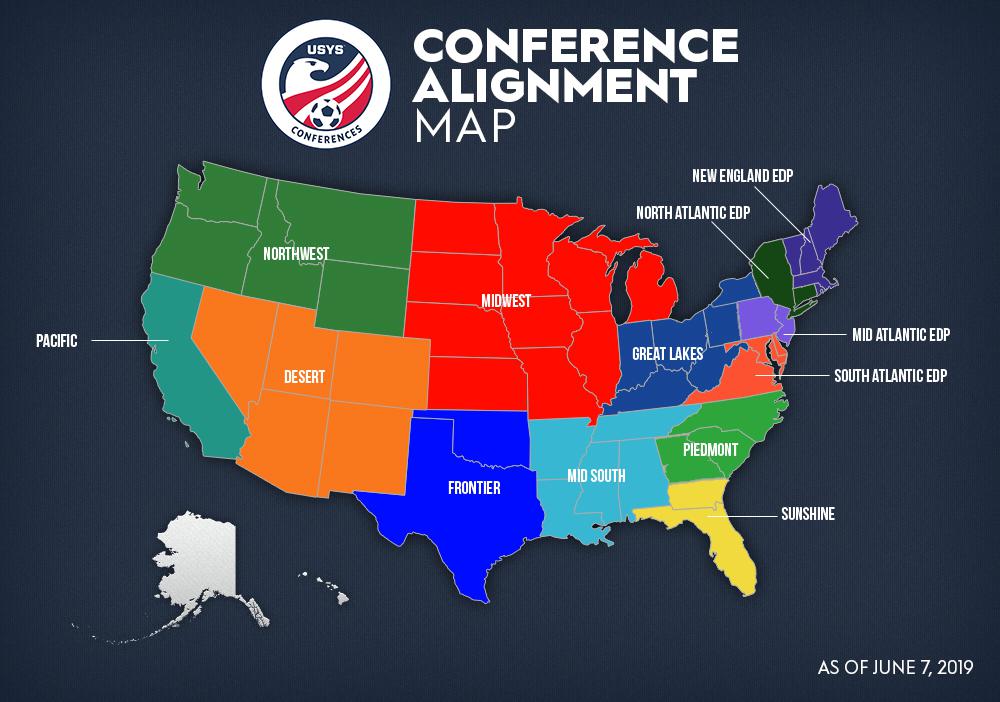 About US Youth Soccer Leagues Program

US Youth Soccer – "The Game for ALL Kids!®" is the largest youth sports organization in the country and largest member of the United States Soccer Federation, the governing body of soccer in the United States. US Youth Soccer registers more than 3 million players annually, ages 5 to 19, and over 900,000 administrators, coaches and volunteers in 55 Member State Associations. US Youth Soccer programs provide a fun, safe and healthy environment for players at every level of the game. For more information, visit our US Youth Soccer homepage or go to www.USYouthSoccer.org.