For someone who has played in the Under-20 World Cup and already capped nine times by the U.S. national team, 19-year-old Tyler Adams still looks back on some very fond memories from his youth soccer days with Ironbound Soccer Club.
After news broke this week that Tyler Adams, the New York Red Bulls' midfield star will join Red Bull Leipzig this January (a top german side contending for this year's UEFA Champions League), many are speculating whether or not the tides are truly turning for US Soccer after the recent world cup failure. Adams, who played for the EDP club, Ironbound during the summer of 2012—remains calm throughout the media storm assessing his move. Dealing with expectation and pressure is nothing new to the Wappingers Falls, N.Y. local. Adams has been playing up atleast one or two age groups for most of his short career. 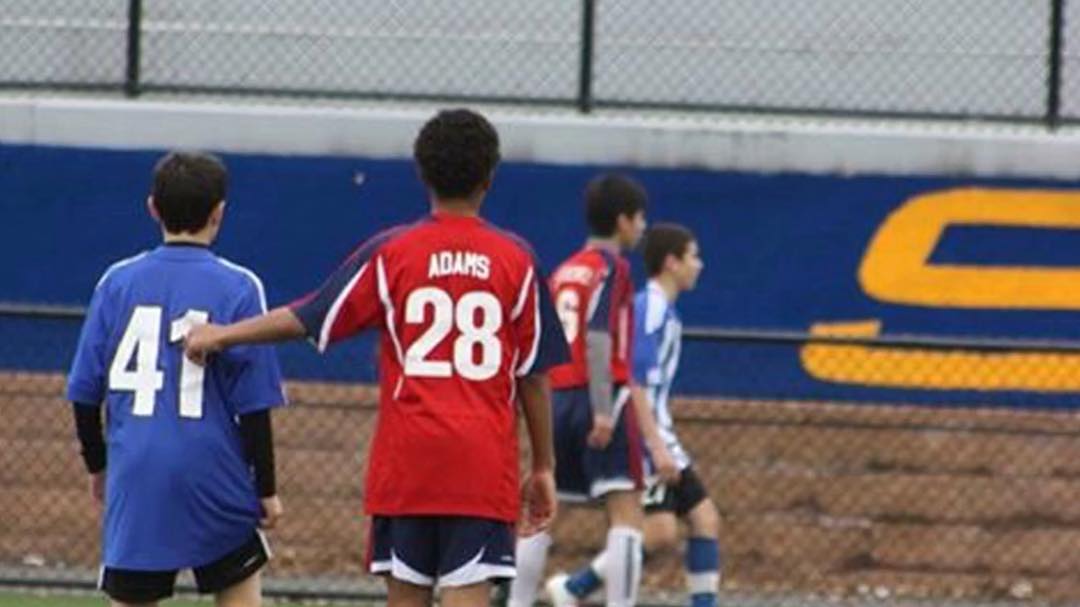 The journey from his first youth soccer days with Ironbound (above) up until his last with NYRB (left).
Photos courtesy of Ironbound Soccer Club and New York Red Bulls.

"Those were some of the most fun days when our team was so strong and so good that we went out and were able to win national championships, which is always fun," Adams told EDPSoccer in a one-on-one interview. "Being the young guy on the team, it was always nice to kind of challenge myself against some of the older guys as well."
While performing at the Red Bulls Regional Development School in 2012, Adams said that he was looking for "a place to play at the highest level." Johnny Antunes, whose father Manny coached the team, helped recruit the young defensive-minded player to Ironbound. "He was like, 'You should come play with us.' We have a bunch of guys that are going to wind up playing for the Red Bulls," Adams said of the conversation. "It was great to play with that team because a bunch of those guys on that team made the Red Bull Academy team, which was a real fun experience."
Adams said his most memorable times with Ironbound when the team defeated PDA. He had never beaten PDA until he played with the Newark, N.J.-based team. "We went down to PDA and we could beat them any time" he said. "That was always a lot of fun to be on a team that could smash a team like that and just walk away, having finished your business."
It was with Ironbound that a 12-year-old Adams played his customary role of defensive midfielder for the first time. "I improved a lot," he said, "and from that point on I've been playing that position." Until then Adams was playing center back. "I was one of the fastest guys on the field. I was like the Aaron Long of the team," he said, referring to his former Red Bulls teammate. It certainly looks like defensive mid has worked out for Adams.
"I would say so, too," he said. 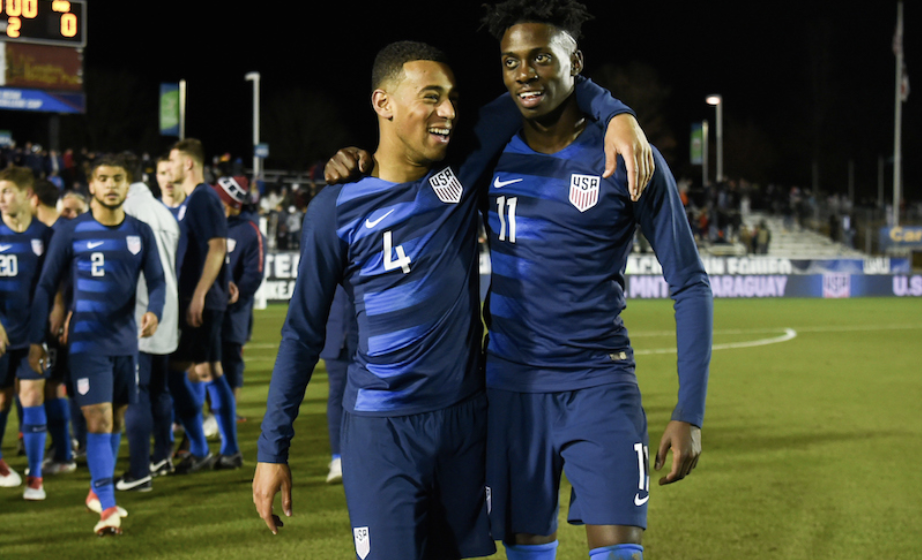 It was as a defensive mid that Adams forged his reputation as one of Major League Soccer's best young prospects and one of the U.S. national team's most promising players. If you witnessed any of his play for the Red Bulls this season, you were left trying to figure out how he seemd to cover the whole field so quickly and easily.
Case in point: during Daniel Royer's game-winning goal in the 73rd minute in the Red Bulls' 3-0 win over Columbus in the MLS Cup Eastern Conference semifinal second leg, Adams touched the ball three times in three different parts of the field, including a magnificent one-touch pass to the Austrian midfielder during a quick sequence.
Adams' final game as a Red Bull came during a 1-0 victory over Atlanta United in the second leg of the Major League Soccer Eastern Conference final on Nov. 29 at Red Bull Arena in Harrison, N.J. New York lost the aggregate-goal series, 3-1. “It’s a tough way to go out,” Adams said after conceding the Eastern Conference Finals title to Atlanta. “That’s been my focus all season long to try to win an MLS Cup. To fall short is never easy. Obviously for me, there has been speculation all season about what will happen next.”
There were strong rumors all season long that Adams would join former Red Bulls head coach Jesse Marsch, now an assistant coach, at RB Red Bull in the Bundesliga. They came to fruition on Sunday when the transfer officially took place. Adams hoped that his transition would be a smooth one. “Being a part of this team and this culture here, it’s so similar to how they play at RB Leipzig,” he said. “It’ll probably be the best transition for me … If I was to slot in tomorrow at defensive mid, the role for the most part is similar to what I’ve done here and that probably keeps me at ease the most about starting a new journey there.”
No one had to remind Red Bulls head coach Chris Armas that he would be without a special player for so many reasons when the 2019 season rolls around. “Tyler’s growth, we haven’t seen anything like this in this country,” he said. “Christian Pulisic and Tyler Adams, those are the two, you know, guys in our national team that show a fearlessness quality, big personalities, humbleness, work ethic, maturity courage — going to start repeating myself — courage, they keep going.”
Ironbound's current director of operations John Soares never saw Adams in action much on the field, but was left impressed when last year Adams attended the club's annual dinner as a special player appearance. "Normally, they only stay around for like an hour," Soares said. "He stayed with kids for four hours, signing autographs. That's the down to earth kid that he is. That it meant a lot to the kids to be with them, to take pictures with them, to get autographs. He didn't get to that point, 'Hey, I'm only supposed to get here from one to two, I'm leaving.' He just kept interacting with the kids. To us, that showed what a great kid he is. "It also shows what kind of potential he has because those are the little things that make the player special."
From everyone in the EDP, Ironbound, Red Bulls and US Soccer family—thank you, Tyler.

To more about EDP and recent US National Team news, follow the links below: