EDP Soccer is excited to announce the Florida Futures Divisions in Florida. In Fall 2020, EDP ran the inaugural season of the EDP Florida Competitive Leagues, which quickly became a home for top clubs and teams around the state and is the fastest growing league in Florida. The inaugural season included one USYS Regional finalist from Doral SC, and one USYS Regional Champion from Nona SA.

In 2021-22, the league expanded its footprint to North Florida with the addition of over 200 teams in or around the Jacksonville area. While the existing Central and South Florida leagues continue to grow, it is estimated close to 700 teams will participate this season, with teams looking for a chance to compete for a spot in the EDP Playoff finals. EDP Soccer is also launching the EDP Florida Futures Divisions for 8U-14U boys and girls teams.

The Florida Futures Divisions are for 8U-14U boys and girls and are intended to provide a safe game-day environment for teams that are looking to transition to a more competitive platform, but are not yet ready for the metro or Sub-Regional divisions.

Florida Futures will give teams the ability to play and develop against equally-matched opposition as they progress into the next level of EDP Florida Competitive league. Full-time league administrative support will be available to assist all of the teams with scheduling, the Gotsport system and general club administrational needs.

EDP Soccer Technical Director Simon Collins stated, “EDP looks forward to working with teams and players of all levels across the state. Being able to introduce competitive soccer to players for the first time with the appropriate developmental platform will continue to raise the level of youth soccer in Florida. Florida has had great success in the USYS National League Conferences and the USYS National Championship Series, and EDP looks forward to supporting those programs and growing the game at all levels.” 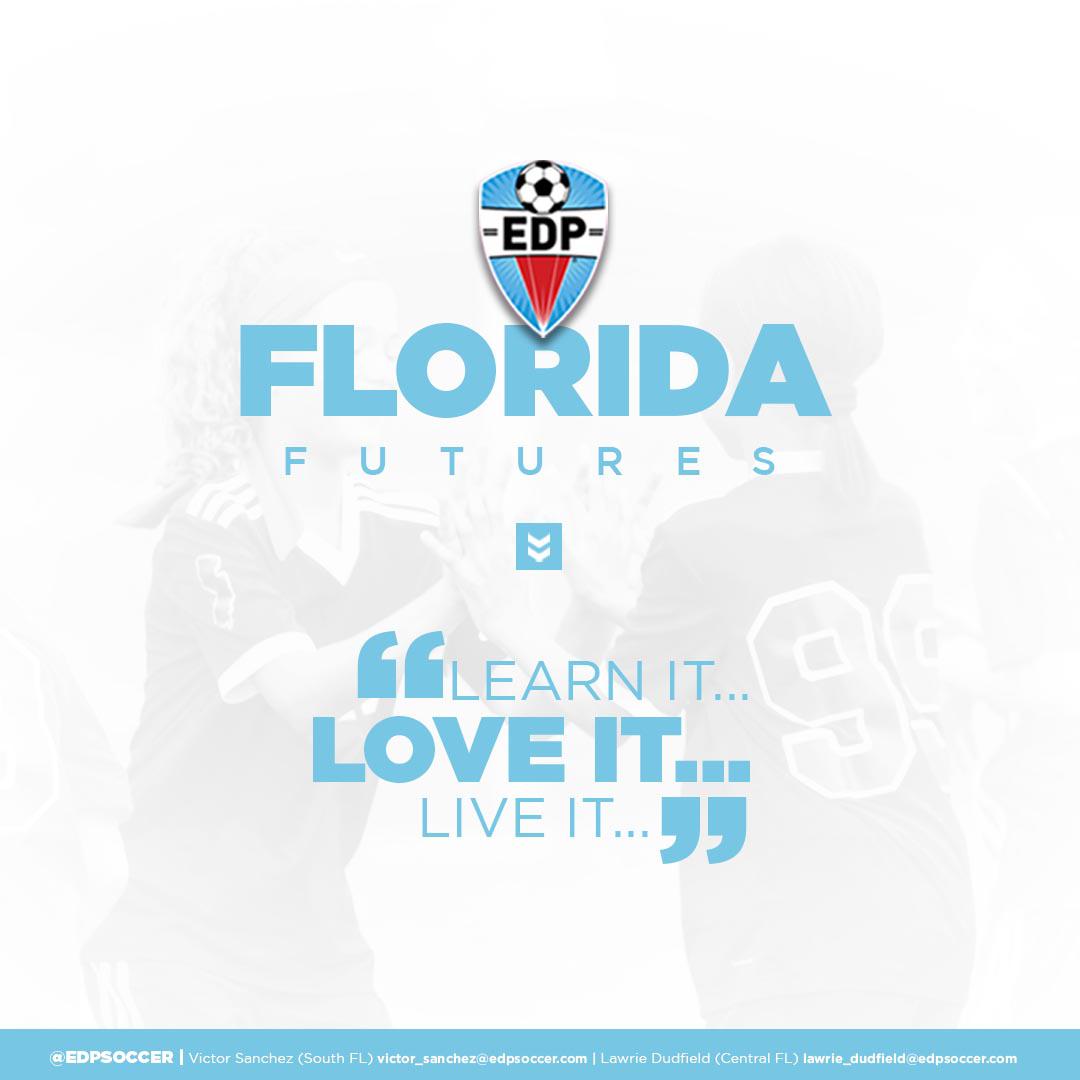 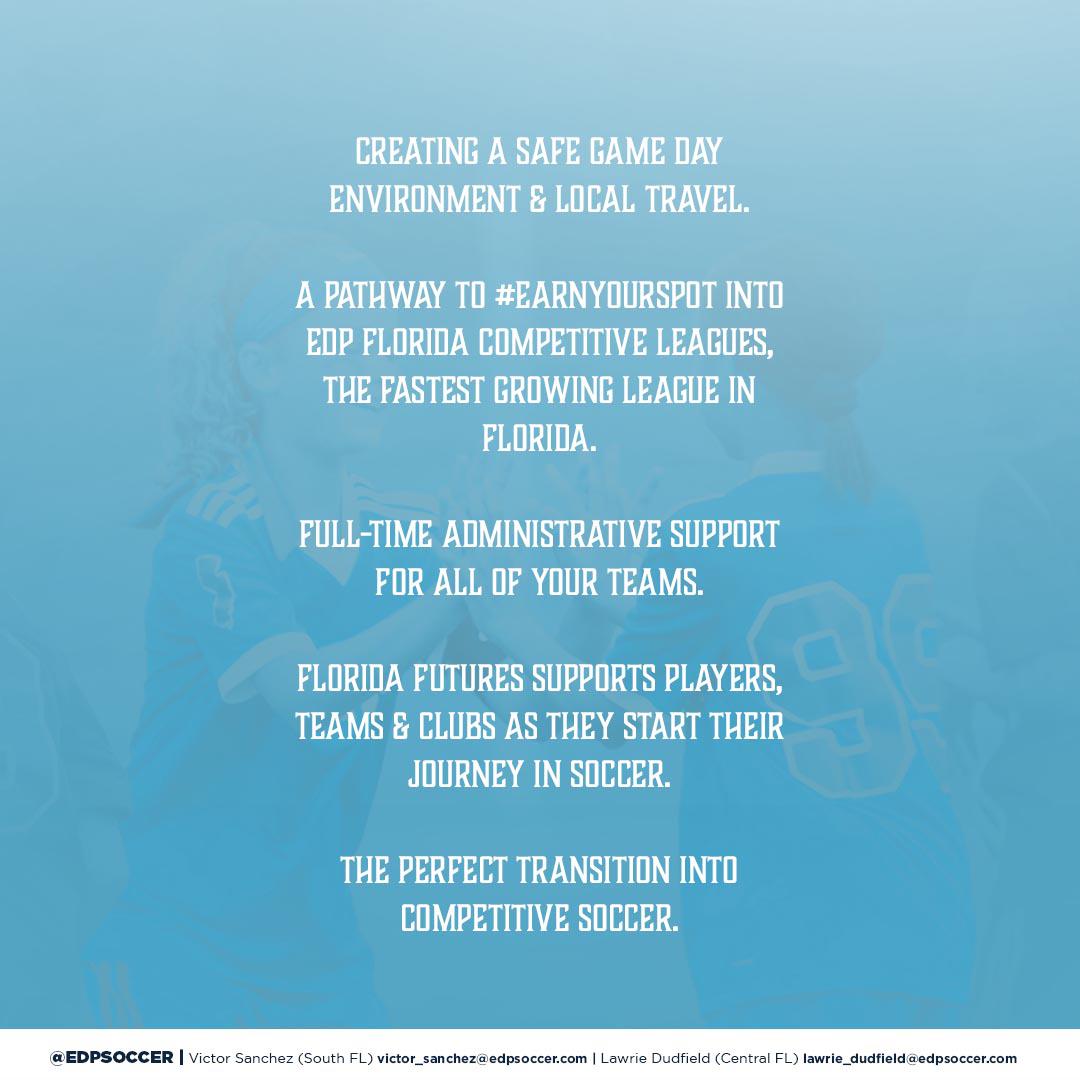