New Rochelle F.C. has a long history of success in soccer at all levels.

It is the hometown of Edson Buddle, who was a star in MLS and one of only 11 players in league history to score over 100 goals. It is the hometown and youth club that developed Abe Bull, a high school All-American in 1995 who went on to captain the Division I program University of Wisconsin.  And it was the youth club of Michael Del Pra, who was on the New Rochelle F.C. Raiders and was a member of the US Soccer U17 National Team Residency Program.

Those New Rochelle F.C. Raiders (87/88) won four ENYYSA state cups and was one of the best teams in the country in their age group. In 2005, the side won the USYS Eastern Regional Championships, and finished in 3rd place at USYS National Championships. Along with Del Pra who would later play at St John’s University, the team had players go on to play at Virginia Tech, Syracuse University, Iona College, Fordham University, Loyola College, and other top schools. 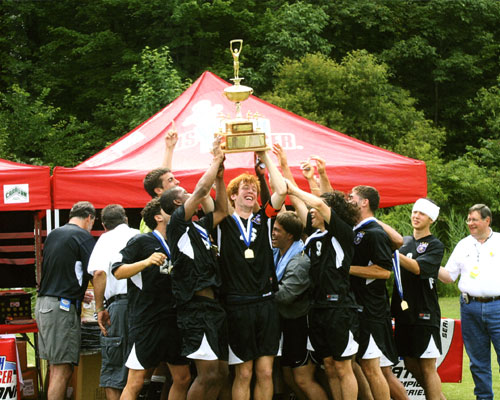 Fast forward to present time, In 2016, the high school team filled with players from New Rochelle F.C. won the Class AA State Championship. With over 600 players registered in the 2019/2020 season the club has seen considerable growth into regional competition across girls' and boys' sides. Now in Spring of 2020, the club will have teams joining the USYS National League North Atlantic Conference. As the club makes its return to the USYS umbrella, they will have teams playing in both the National League Conference and NYCSL. The clubs first teams in the National League conference are the New Rochelle F.C. B2003 and B2005 teams.

“New Rochelle F.C. is excited to participate in the National League Conferences alongside other top regional club programs.  As a player first, community-based program, it serves our mission to offer such high-level programming to players in New Rochelle and our neighboring communities."
— Peter Matamala, Club President

With tons of homegrown talent, New Rochelle F.C. will look to continue to make a name for itself across the region.