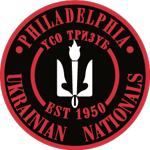 Each year, Philadelphia Ukrainian Nationals send players to top colleges around the country. Through their participation in the USYS National League Mid Atlantic Conference and showcases such as the EDP Cup Showcase Series and EDP Winter Showcase, the players have plenty of chances to play in front of college coaches. The class of 2021 is no different, and is headlined by star player Josh Jones.

Jones will join Division I program University of Louisville which plays in the ACC, one of the top conferences in the country. Jones was a highly sought after recruit, drawing interest from several D1 programs, such as Penn State, Army and Temple, before ultimately deciding on becoming a Louisville Cardinal. During his youth career, Jones was also approached by Philadelphia Union to join their youth academy, but opted to stay with the club and continue to develop and play high school soccer.

On selecting Louisville, Jones commented: “I think the big reason I chose Louisville is the connection I developed with the coaching staff and that they are playing in the ACC. They are one of the top programs in the country and I believed in myself and that I belong there. I fell in love with the school, campus, and the city of Louisville when I took an unofficial visit this past summer and knew it was the place I wanted to be.”

With his club team, Jones captained the side that most recently won the 2019 EPYSA State Cup, finished in first place in 2019 USYS National League Conference and was a part of the 2019-2020 USYS National League. The team also was a semi-finalist at the 2019 USYS Eastern Regional Championship, going 3-0-0 in the group stage. During his High School career, he captained the team to the 2019 Pennsylvania 4A State Championship, while being named first team All-Conference, and also the leading scorer of the school's basketball team. In December of his senior year, he was nominated for Gatorade Player of the Year.

When speaking about his experience playing with Philadelphia Ukrainian Nationals Jones stated: “Playing for the Ukrainian Nationals was one of the best experiences I could have had. I got the opportunity to be trained by an unbelievable amount of dedicated coaches who pushed me to get better everyday. I could feel my soccer IQ and knowledge of the game continue to grow each year in my development at the club. I will always be thankful for the lifelong bonds I’ve made at the club and everyone I crossed paths with there.”