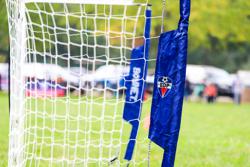 The EDP Futures League has hit its midway point and teams are looking forward to the second half of the season. The league includes 9U and 10U divisions playing in the 7v7 format, and stretches from the Eastern Shore of Maryland and Delaware up to Hartford, Connecticut. Over 350 teams are participating in the league this Fall, with some fantastic match-ups taking place throughout the season’s first half.

This Fall, EDP Soccer was able to implement its Zone 1 initiative that is targeted for 7v7 play, with no scores or standings being published. Simon Collins, EDP Soccer Technical Director commented, “At this age, we want to make sure teams are focusing on development, and that players are being taught the right way to play. By eliminating scores from the public eye, it allows coaches and trainers to focus on the technical and tactical side of the game, rather than playing purely for a result. As players progress to 9v9 and 11v11, the skills they learned at 7v7 will help them get the results they are looking for.”

Kieran Patrick, Director of Coaching for Cedar Stars Academy Newark stated, “We are impressed by EDP’s initiative, and the support of the member clubs, to not publish the results at the younger ages.  This simple measure has been effective in the promotion of the developmental first mindset across the league while still providing our players and teams with the valuable competitive outlet on game days.”

EDP Futures also offers crossover games and flexible scheduling, so that teams are given the opportunity to play others across different divisions and from different areas, exposing them to alternate styles of play. Ocean Townships United SA 2011 Strikers Red player Jace Turtle had this to say about the league and start of the season, “I really like playing against different teams each season. The teams we play are really good so it means we have to train really hard during the week for us to do well. Also with the games being on either Saturday or Sunday, it means I can play other sports too.”