EDP - and teams from the US Youth Soccer Conferences managed by EDP - took center stage with all 32 teams associated with the National League showcasing some of the best talent New Jersey has to offer. The result was some of the most competitive and exciting games that tested the mettle, teamwork, and skill of participant clubs.

Cedar Stars Academy Monmouth, NJ Premier FC and Real Jersey FC lead the way with 3 teams apiece advancing to the finals. STA-MUSC, Vistula Garfield and Torpedoes SC each have 2 teams advancing from their clubs. Washington United has 1 team advancing to round out the 16 participants in this weekend's NCS State Cup Final at Capelli Sports Complex in Tinton Falls, NJ.

"We are very excited that three of our teams made it to the state cup final. The US Youth Soccer State Cup is a very prestigious tournament and it's a great indicator that our club is competitive with the top-level teams and clubs in the state. Although winning is a by-product of our training and development we are proud that we are able to maintain our style of soccer and be successful at the same time," Jordi Meijer, NJ Premier F.C. Director of Coaching.

The NCS State Cup was not the only state cup competition played this weekend. The New Jersey Youth Soccer Presidents Cup and Commissioners Cup U11-U14 semi-finals also concluded as well, providing their crop of final clubs who will play for this distinguished championship.

One of the exciting teams to watch from the Presidents Cup is GPS NJ South 07G, who are looking to defend their 2018 President Cup title against a tough Chatham SA Breakers.

“Last year was a great honor winning the New Jersey State Cup. This year, the players set themselves a goal to repeat this feat. The girls are one step away from making this a reality. With dedication and hard work, we hope to be the one lifting another State Championship,” Leon Brown, GPS New Jersey Director.

EDP would like to thank NJ Youth Soccer for putting together such a fantastic tournament and bringing together these supremely competitive match-ups and talented soccer clubs from across New Jersey.

EDP is very proud of our participant teams and their success in their respective tournaments thus far. We wish them continued success in the finals of their age groups. Every year NJ Youth Soccer cultivates some of the highest levels of skill and passion in the region and we’re happy to have our clubs be part of such talent-rich tournament. 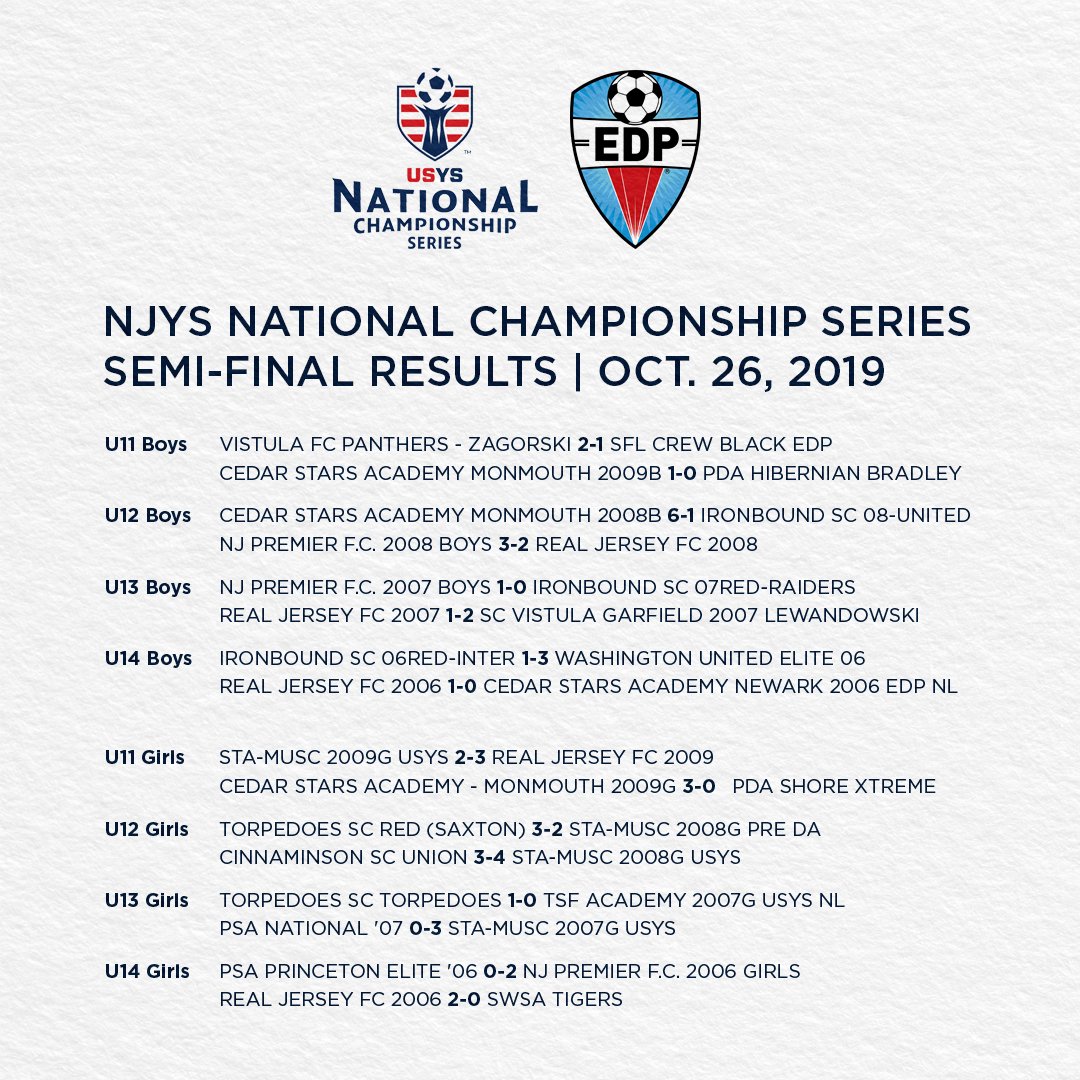 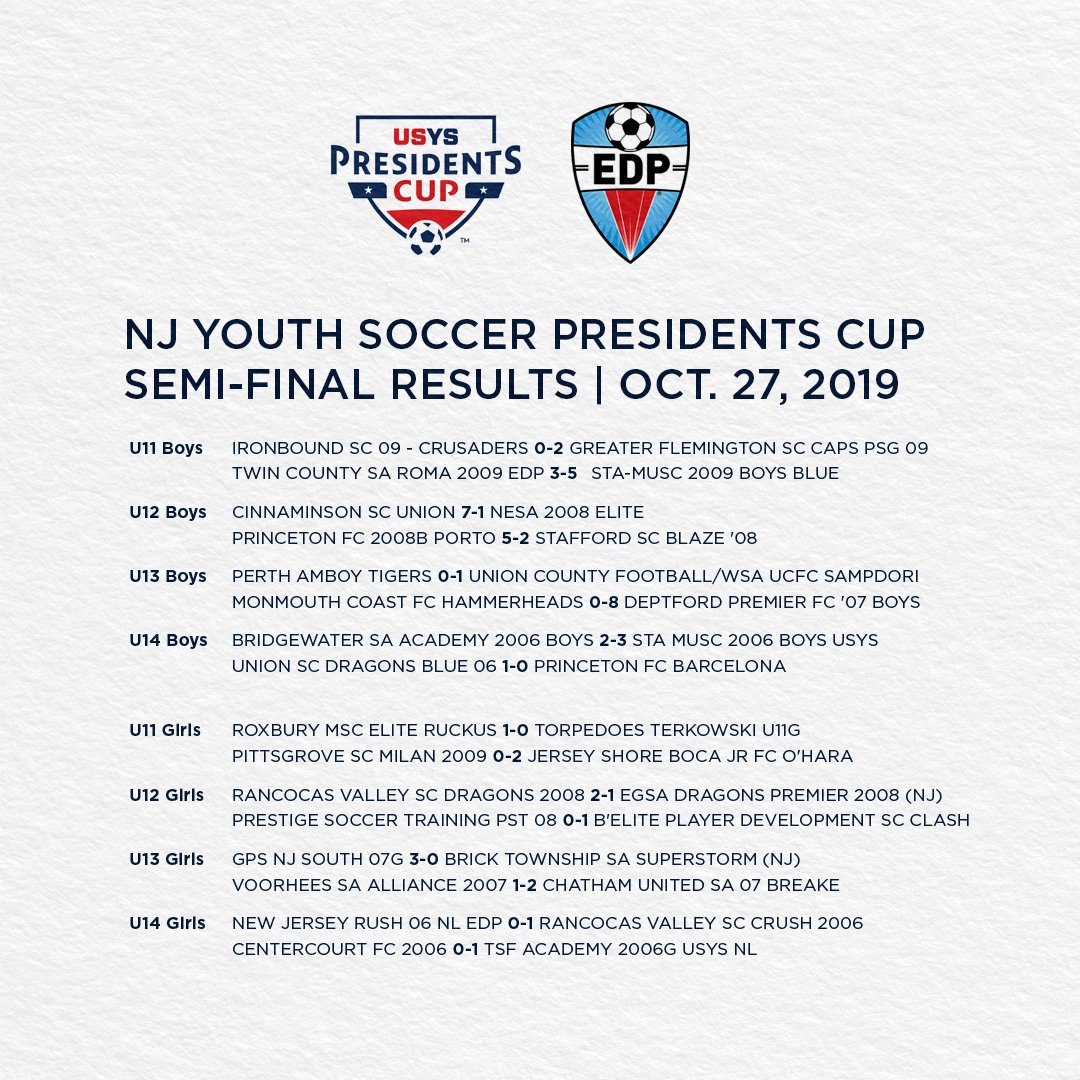