East Brunswick, NJ (July 29, 2019)— Sixteen teams that played in US Youth Soccer Conferences managed by EDP reached the semi-finals, 9 teams moved onto the finals and 4 teams were crowned national champions at this past week’s prestigious 2019 US Youth Soccer National Championships held in Overland Park, Kan.

“What terrific performances by these teams that participated in US Youth Soccer Conferences managed by EDP,” said EDP CEO Alan Shilling. “And the event itself, held at a fantastic soccer complex, was nothing short of spectacular.”

The National Championships provided college coaches from around the country with a premier stage to evaluate future collegiate players, offering a tremendous impact to players and their families. Many college coaches and US Soccer scouts lined the sidelines during championship week to watch the players perform.  Many of the matches were streamed live on ESPN3. 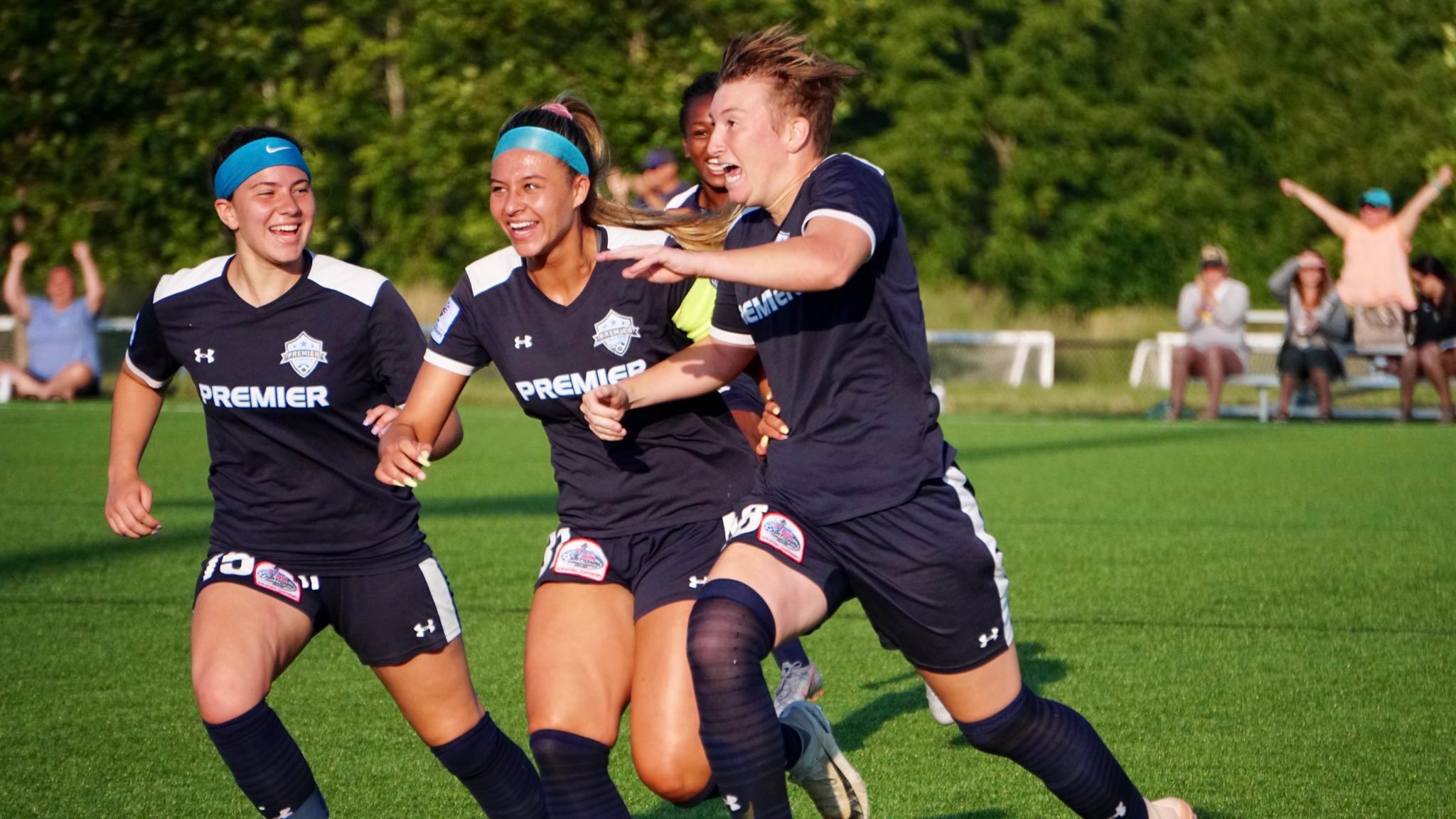 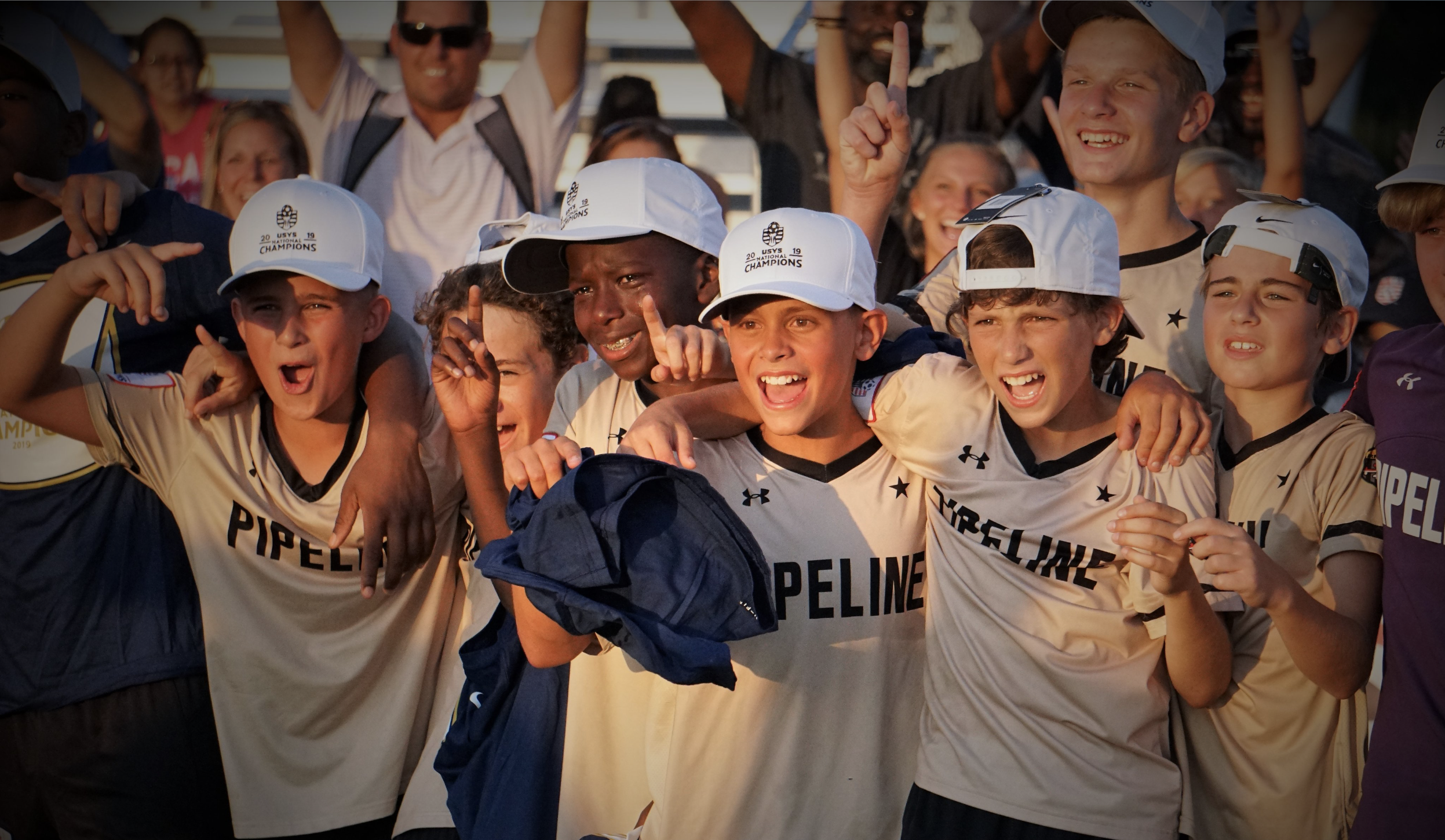 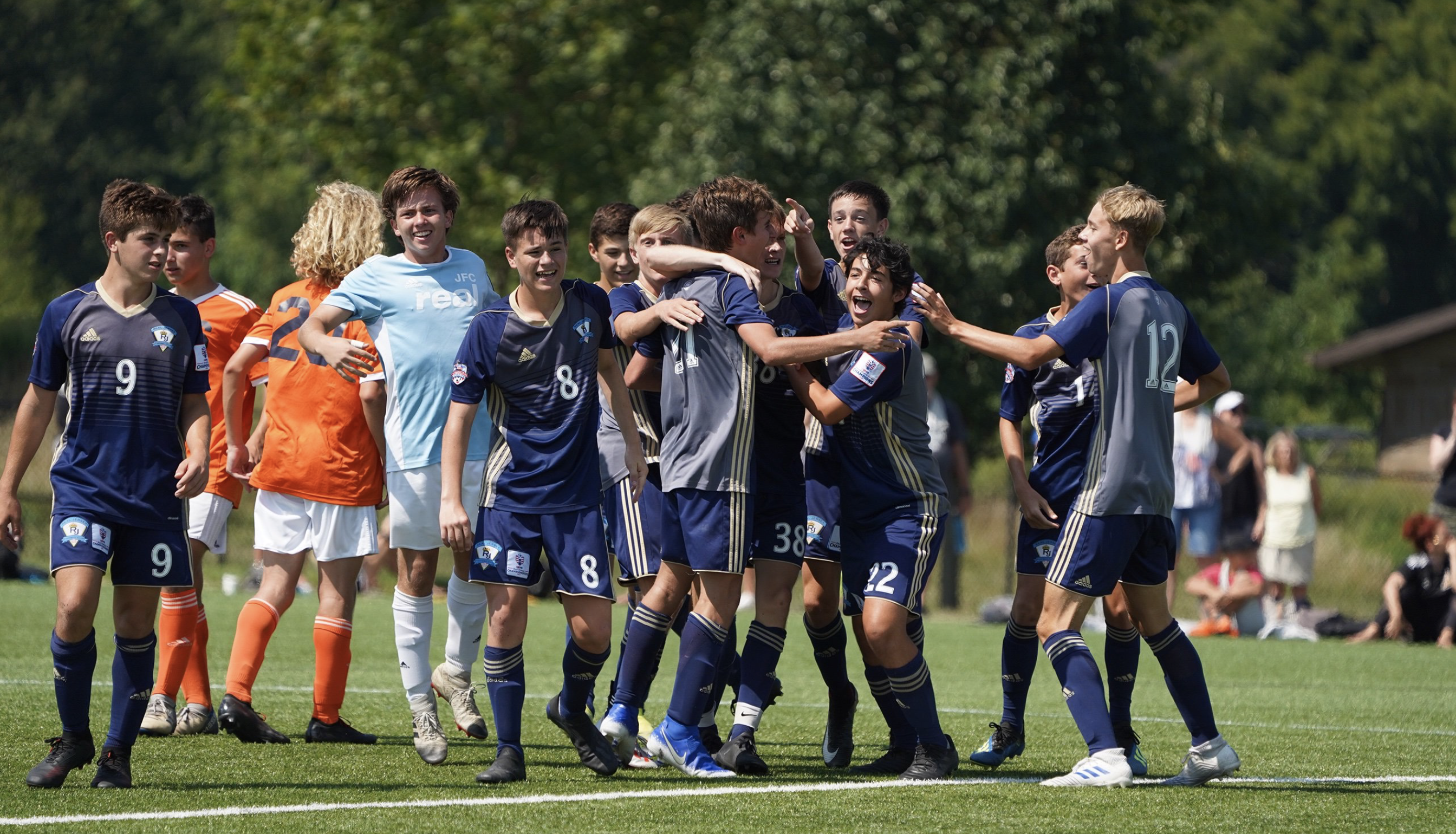 The first East Region team to win a National Championship during the event was the Pipeline SC Pre-Academy 13U Boys (MD) squad that topped the Michigan Jaguars (MI) 2-0. The 2006 Pipeline SC team had an incredible season, going undefeated in the South Atlantic EDP Conference, State Cup, Regionals and Nationals.

“I predicted this matchup for the final. The boys surpassed my expectations, but it does not surprise me. The boys are animals and trained all year for this,” said 2006 Pipeline SC Pre-Academy head coach Philip Greatwich. “I’m not an emotional guy, but even I was tearing up. It was a fairytale ending… We have only been together for 11 months so to turn it around in that short amount of time means the world.”  Greatwich added: “It is hard to believe Pipeline has gone from 3 teams in the spring of 2011 playing in local rec leagues to 3 teams in the Nationals. That is a testament to the competition we received thanks to the competition created for us by EDP.”

The 19U Boys McGuire Cup final – televised on ESPN3 – featured two East Region teams that competed during the regular season in the US Youth Soccer South Atlantic EDP Conference and Mid Atlantic EDP Conference – Baltimore Celtic SC 19U Boys (MD) and Lehigh Valley United Black 19U Boys (PA-E) – with LVU topping Baltimore Celtic 1-0. Between the two teams, there were 17 Division 1 commits; 11 Division 3 commits and 2 Division 2 commit, reflecting the quality of players at the US Youth Soccer National Championships.

In this match, LVU scored the game winner in the 96th minute on a tally from Luke McMahon as he finished from close range off a free kick opportunity. Lehigh Valley was able to hold on to the narrow lead to claim its first 19U Boys title since 2013, the last time National Championships were in Overland Park, Kan.

Meanwhile, in the 15U Boys age group – in a battle also between two teams that played in US Youth Soccer Conferences managed by EDP – Real NJ FC 15U Boys (NJ) defeated PA Dominion 15U Boys, 2-0.  The two teams played to a scoreless first half before Real took the lead as Cade McGrath burned in a solo effort from midfield. Real doubled its advantage just five minutes later when Milton Jones pounced on a misplayed clearance, dribbled around the keeper and finished his chance.

In the 18U Girls age group, Premier Navy 18U Girls (MD), after coming up short last year in the semifinals, claimed the crown this year with a 2-1 win over 01 Lady Lobos Rush Premier (TN). Premier Navy generated pressure throughout the early portion of the match and took a lead in the 12th minute when Madison Carr got to a flicked on cross from the left wing and hammered a left-footed shot high and past the keeper. Carr netted her second goal of the game later in the half to put Premier Navy in control. However, Elizabeth Slavinsky pulled a goal back for the Lady Lobos in the 75th minute – causing some anxious moments in the final quarter-hour of play for Premier Navy but the team prevailed.

And in addition to the East Region teams that won championships or reached the finals, these six East Region teams moved out of group play and made the event’s semis: 16U Boys Syracuse Development Academy; 17U Boys Baltimore Celtic 02 (MD); 19U Boys LMSC Rats (PA-E); 14U Girls NJ Stallions 05 Fire (NJ); 14U Girls Pipeline Pre-Academy Spirit 05 (PA-E); and 16U Girls PSA National 03 (NJ).

Observations from Coaches at the National Championships:

Dean Koski, president of LVU and Men’s Head Coach at Lehigh University: “The fact that the East Region represented a large percentage of the semi-finalists at US Youth Soccer National Championships is a testament to the depth and quality of soccer players in our area. Considering that our region also has 4-5 US Soccer Development Academy teams that consume hundreds of exceptional players, it speaks volumes about the saturation of player talent and coaching talent competing in the EDP Leagues and coming from highly successful clubs at all age levels.”

Dan Harmon, Director of Soccer, Philadelphia Ukrainian Nationals:  “Even though we didn’t win a National Championship, our boys played great ball against some of the best in the country. This is what it is all about.  The matches we played during US Youth Soccer National League EDP Conference competition definitely prepared us for this very high level of play.”