The US Youth Soccer National Championship Series Eastern Regional Championships will take place from June 27-July 2 in Barboursville, WV.  Leading up to the event, EDP will be profiling several of the qualified teams and looking at their journey to this point. The next team featured in the “Road to Regionals” series is Baltimore Celtic SC 2005 Elite (MD), which earned its Regionals berth through its performance in the US Youth Soccer National League EDP South Atlantic Premier I Conference.

“We are fortunate to have a uniformly talented team,” Baltimore Celtic SC 2005 Elite Head Coach Karin Victorio said about her squad.  “We don’t have one ringer to rely upon. Rather, just about every player has scored and/or assisted goals this year.”

That depth was on full display for Baltimore Celtic during its run to the US Youth Soccer National League EDP South Atlantic Premier I Conference championship.  The team scored 24 goals while allowing just six in nine games en route to a 7-1-1 record. Baltimore Celtic won the league crown by one point, clinching the title and a bid to the US Youth Soccer Eastern Regional Championships with a 0-0 draw against the Montgomery Soccer MSI Academy Warriors on the season’s final day.

Baltimore Celtic has won its EDP Conference in each of the last two years.  The team has also been to the last two Maryland Youth Soccer Association (MYSA) State Cup finals, winning once.  That success has set Victorio’s team up for what she hopes will be a long run at Regionals.

“Each of these competitions has been challenging,” she noted.  “The players have to battle, and they come through. They’re gaining confidence for the big games.”

This is Baltimore Celtic’s second straight trip to Regionals, and the team also draws confidence from its experience last year.  They’re looking to perform well against solid competition, but would also like to improve on their 2018 showing, which is something the team has tried to do all season.

“Our goals are to do a little better each year,” Victorio commented.  “After coming close at many previous tournaments, this year our goal was to win a tournament, and we did that at EDP Cup Spring.”

It’s a talented group that’s capable of making a deep run at Regionals.  If Baltimore Celtic also plays with confidence, the sky’s the limit. 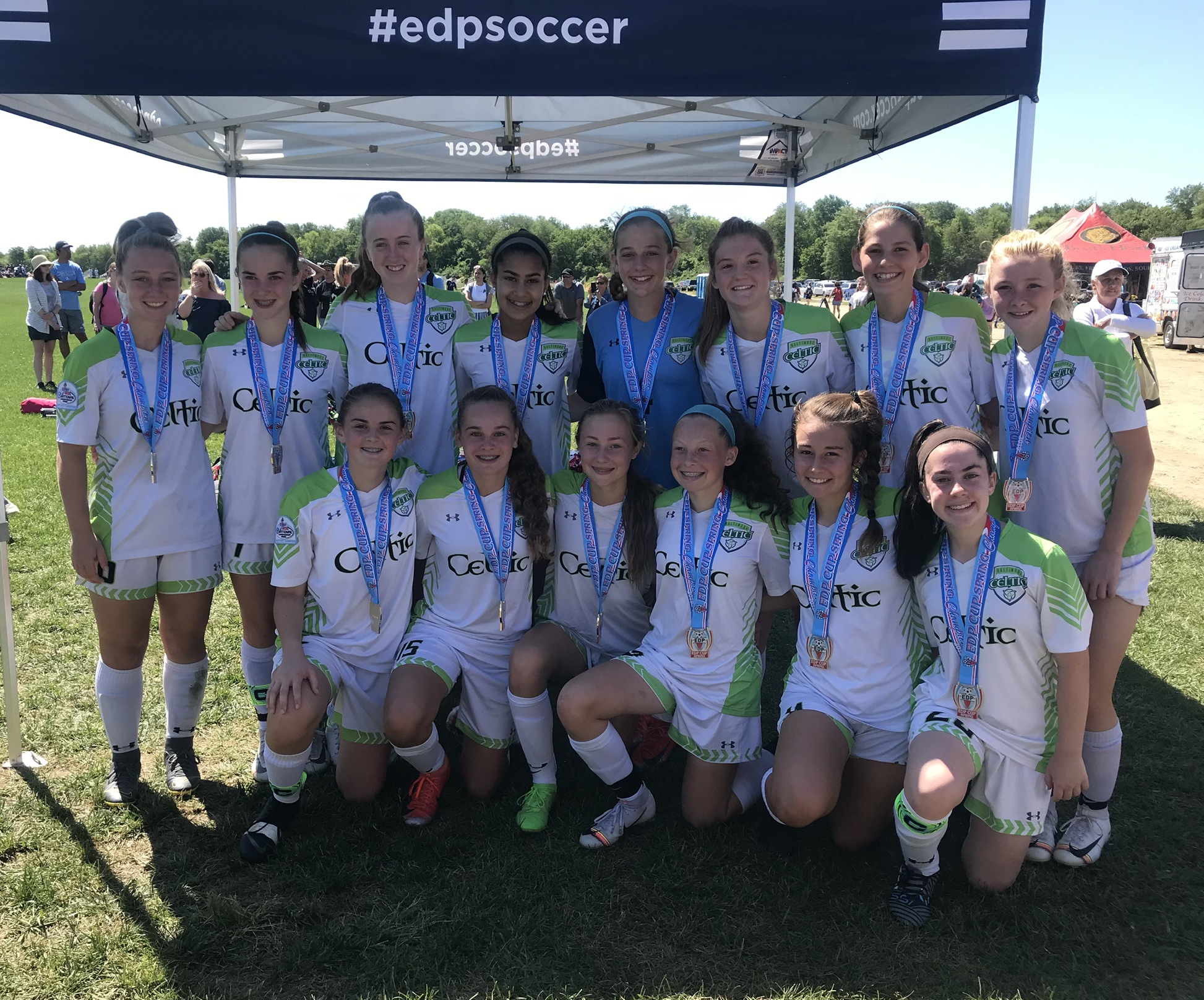