It's all about giving something back and moving forward.

That's what the EDP Foundation is all about, whether it is awarding scholarships, educating players and parents on college recruitment or even showcasing games on college campuses.

The EDP Foundation, which enters its third year, has some basic aims:

The Foundation's mission is to enable young players to reach their full potential on and off the field, with an emphasis on college or educational opportunities by providing a full range of the high-quality soccer-related experiences.

"The events that we co-sponsor are the educational ones," EDP Foundation chairman Peter Gooding explained. 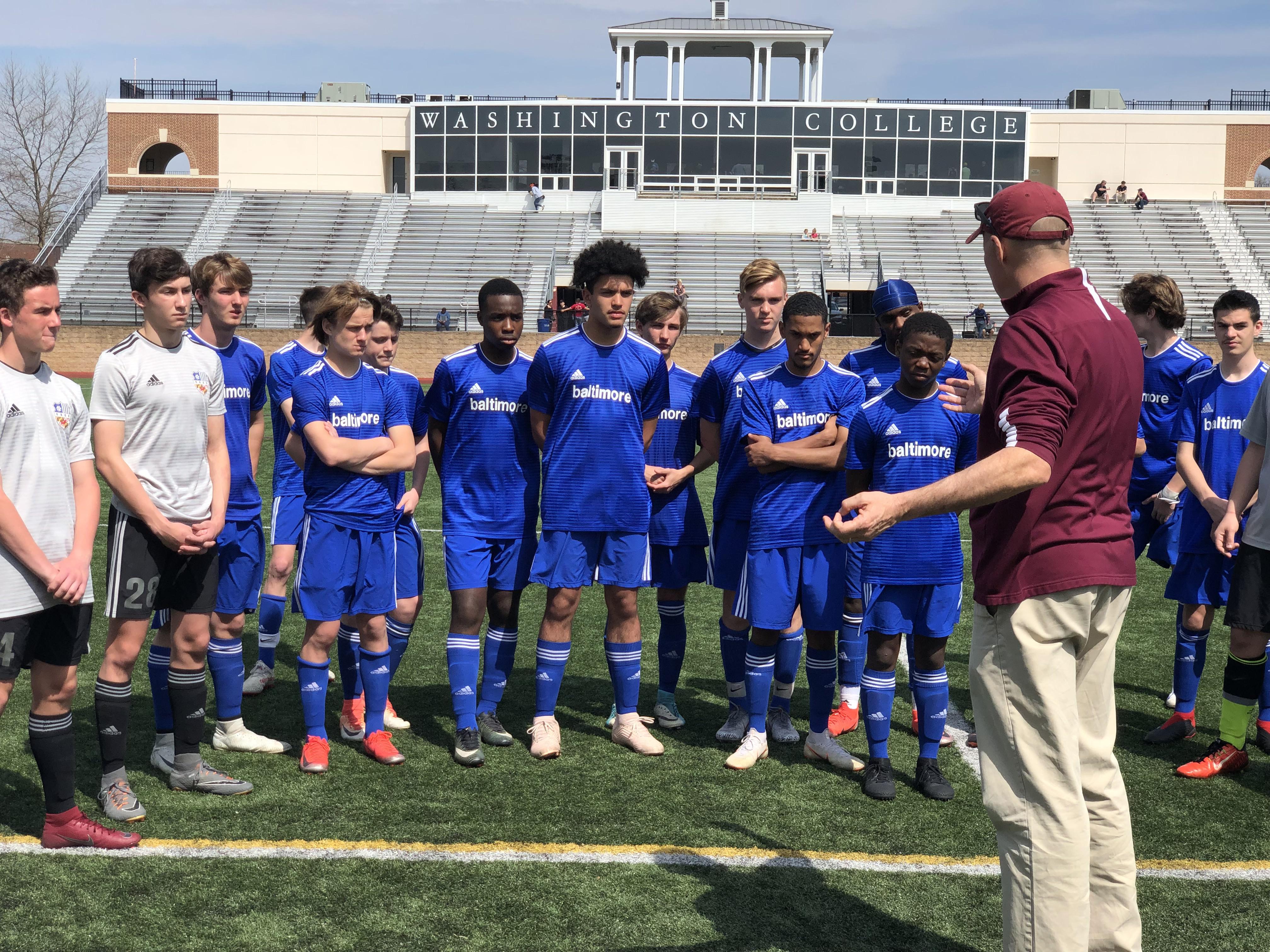 In 2019, the EDP Foundation will award up to six $2,500 scholarships for players, for the first time.

The Foundation will award scholarships to qualified student players that graduate high school and continue their education at a college, university or trade school. The Foundation will select those candidates who – through a written application — demonstrate a commitment and respect to the game, their teammates, coaches, referees and opponents.

The application deadline was April 26 and the winners will be announced by July 7. More information about scholarship program is available at www.edpfoundation.org/scholarships.

Players can get a bit of a preview of college by playing at a college field or stadium, experiencing the feel of campus, and even setting-up a tour to help them prepare for college life. "We move their game from a home site to a college campus," Gooding said. "We get the kids onto a campus, they get to see the environment. I always talk to them. Sometimes we have the host college coach talk to them who sometimes brings along someone from the admissions office."

Gooding, who has been through it all after almost four decades as a college soccer coach, also will speak to players and parents. "Depending on the circumstances, ... if they're freezing cold at the end of the game, I usually speak for at least 15-20 minutes,” Gooding said. “I answer a lot of questions, always from parents, rarely from the kids."

The EDP Foundation supports opportunities where players and college coaches can connect. This occurs at EDP College Showcase Tournaments where the Foundation sponsors a group of teams in a featured bracket and schedules their games on fields adjacent to the headquarters tent so that college coaches can watch them conveniently. In addition, the Foundation is co-sponsoring the 2019 EDP College Combine, covering participation fees for all players. The Combine consists of just 128 players, 64 boys and 64 girls, so each of those players will get much more watch time from college coaches than they would at a typical showcase.

This is also done mostly at EDP Showcases and College Combines, where parents and players can meet college coaches and even international soccer club officials and get advice from them. For example, at last year's EDP College Combine, Miha Kline, director of recruiting and soccer operations at Barca Residency Academy USA and Isaac Guerrero, technical director and head of methodology at FC Barcelona were guest speakers.

"We have another program tied directly into the showcases where we invite certain teams to the showcase," Gooding said. "We put them on close-by fields where they play their games. During that weekend, I have four or five college coaches come into a separate tent area and talk to those teams about college and life after high school.”

During a full cycle, Gooding estimated between 200-300 players are impacted. "A large number of parents seem to get as much if not more out of these activities as their kids," he said. “I felt we needed to spread out more than just pitching our tent at EDP Soccer events. We want to support promising youngsters who are hoping to gain a place in a college."

At the present time, the Foundation wants to stay on message and will expand its activities when warranted. "We're always getting requests from people whether we will sponsor or co-sponsor and they're very tempting because some of them are exceptional," Gooding said. "We know by simply co-sponsoring them would help them tremendously. But we are trying not to dilute our message, which is pathway to college.

"We don't want to spend our time raising money for now until we're sure our core programs we have are very well established. Even in our third cycle, we still operate well below the radar of EDP clubs. We are to principally to serve EDP teams. The scholarship one is the first one where we've gone beyond that. If we get a request from a kid who is not playing for an EDP team, that's not a big issue."

Gooding said that he wants to get the message out that there are not enough college soccer scholarships for everyone, and that student-athletes should be concerned about getting an education.

"Whenever I speak to youngsters, I make it absolutely clear that I'm not talking about athletic scholarships I'm talking about a group of schools that you might like to go to that has academic programs that you are interested in," he said. "If you're lucky enough to make the soccer team, so be it. I don't feed into the misinformation that abounds around the country. Parents, particularly, think if they've got a really good player on a club team that as long as colleges see him play, he's going to get a scholarship offer. That's just not the case. We've done studies on this and its remarkable how many full scholarships are available.

"When I go in front of them, I'm telling them to take life after college seriously, and the soccer might not be the main component."

Gooding has been around the game for decades. As men's soccer coach and athletic director at Amherst College (Massachusetts), Gooding forged a reputation as a respected coach. During his 38-year tenure, Amherst recorded a 232-134-43 mark as the team reached the NCAA regional finals in 1998 and 2002.

In 2001, the London, England native was awarded the National Soccer Coaches Association of America’s (now the United Soccer Coaches) highest honor, the Honor Award. He also served as NSCAA president and coaching director and helped the organization create its Academy program.

A few years ago, Gooding decided to join the EDP Foundation. "I received a request from a very organization, whether I would consider to be on the board," he said. "Each of the things they were striving for within the league -- I didn't know it was EDP -- were things that I feel very strongly about, namely trying to maintain a profile where all kids can access these clubs by limiting travel and local fees. All things I am very passionate about."

The EDP College Combine 2019 will be held on June 7, 2019 and hosted in conjunction with the EDP Cup Spring Showcase 2019 for 15U through 19U boys and girls.  This event will be held June 8 - 9, 2019 at the Tuckahoe Turf Farm Soccer Complex in Hammonton, NJ, and at Green Branch Park in Pittsgrove, NJ.

To learn more about the EDP Foundation, follow the links below:

About the EDP Foundation

The mission of the EDP Foundation is to enable young soccer players to reach their full potential on and off the field, with an emphasis on college or educational opportunities, by providing a full range of the highest quality soccer-related experiences. The foundation aims to empower each player by creating connections to help them achieve their goals.